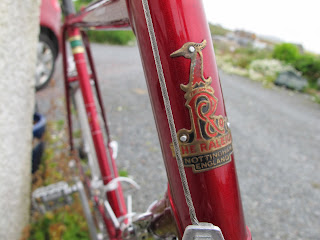 My first bicycle was essentially a toy; its removable stabilisers saw me safely though various wobbly adventures on the streets of Shawlands and Pollokshaws in Glasgow until, at the age of six, I found myself in the leafy seaside suburbia of Troon in Ayrshire.

It was on Ottoline Drive's sleepy tarmac that I learned to balance that old yellow and red Tri-ang, with its white, 12-inch Speedmaster balloon tyres. The stabilisers came off and I pedalled it at furious cadences up and down, often dressed as a cowboy. Finally, at the age of perhaps eight, I was presented by my dad with a second-hand 'proper' bike, a cherry-red Raleigh single speed which seemed vast, enormous, unrideable. Of course, I rode it immediately, my feet dangling inches from the ground with the saddle at its lowest.

The day a police car slid silently alongside as I was perched atop this machine, and a cop said 'you're too wee for that bike, son.' was the day I fell messily and tearfully into a hedge. Delivered home by the policemen, I was banned from riding until my feet could actually touch the earth while sitting on that flappy plastic Wrights saddle. Eventually, they did.

I have had a host of bicycles since then. I deeply regret the loss of my Uncle John's Dawes Dalesman, my first bike to have derailleur gears. But I still have my beloved early 80s Orbit Gold Medal Alivio. I was contemplating restoring its Reynolds 531 frame to original, pristine glory, when I began to check prices. An Argos (top stove enamallers) frame restoration starts at £600.

And then, on eBay, this came up. An Argos-restored early 80s Raleigh 531 Clubman, handbuilt in Nottingham, back in the days when Raleigh made their own frames. An absolute classic, albeit scratched and with some non-standard components. I coveted the Campagnolo derailleur, though.And surely it couldn't go that cheaply? It did.

Today I assembled it. It rides like a dream. It looks...breathtaking. You may have noticed that it's cherry red. Yes, the same cherry red as that long-ago single speed. I adjusted the saddle carefully. My feet touch the ground when I stop, just. If I stand on tip-toe. But when I ride, I ride my dreams back in time, faster and faster and faster. 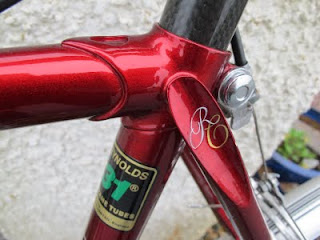 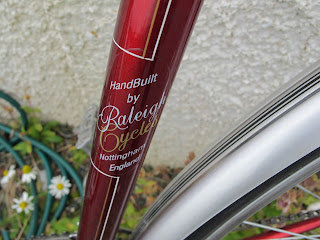 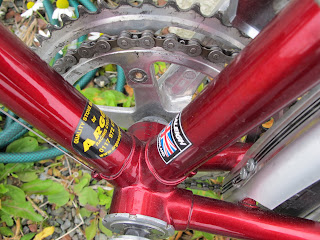 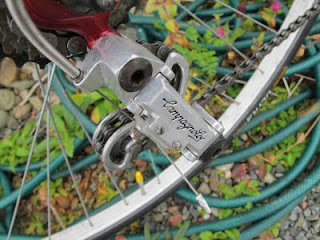 ....with many thanks to Richard and Jolene at Precious Productions!

Rebekah, Flame-Haired Temptress Of My Dreams 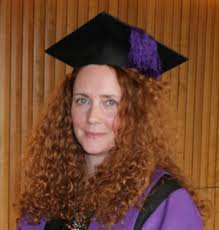 She's the queen of the quality press
In her little black Balenciaga dress
She's got three gold-plated iPhones
One for James, one for David one for Rupert alone
Divorced her husband - he was too bald
He said he was scared, because she was too tall
Used a Mulberry bag like a baseball bat
No SAS training could deal with that
Oh Rebekah, flame-haired temptress of my dreams
Oh Rebekah, things are not as bad as they may seem
Don't go
Your people love you so
She and Samantha like their girlie nights in
They watch Sex in the City, they drink Bombay gin
Later they might put on a Coldplay CD
Ask Gwyneth and Chris round for afternoon tea
Rebekah, ignore what those bad papers say
I don't believe that your hair's turning grey
I hope you, James and Rupert will have mercy on me
When NewsCorp take over the BBC..
"News International chief executive Rebekah Brooks received an honorary degree from the University of Arts London (on 20 July 2010) in recognition of her outstanding contribution to journalism and the media..."
- with thanks to journalism.co.uk -
Posted by Tom Morton at 1:03 am 4 comments:

Afloat in the simmer dim... 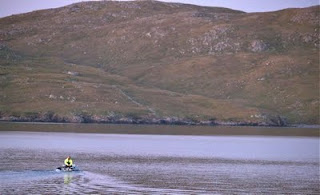 Strange sculptural objects on a hot day in Eshaness

One of those weird Shetland days when the morning starts cold and glowering, changes to mild and then warm, and by the time we got round to Eshaness, was actually, positively hot. I can truthfully say I have never sweated so much on a walk around the UK's most spectacular peninsula (apart from Hillswick Ness).

Here are some Sea Pinks on the edge of Calder's Geo, and, most oddly, a ceramic sculpture of a viking (broken axe and helmet, probably sheep activity) which has appeared on a little outcrop of rock not far from the Hols of Scraada. Who made it? Who put it there? Who knows? 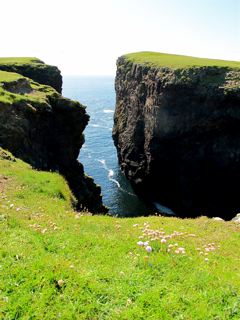 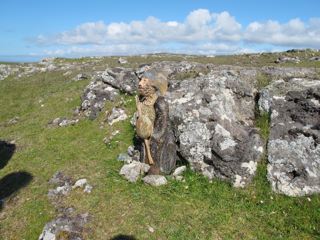 Sorry if you've already seen this, but I did promise to put it up on the blog...
Posted by Tom Morton at 3:17 pm 1 comment: