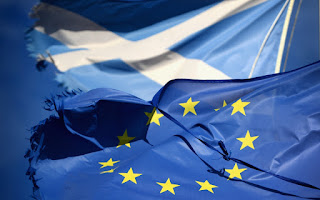 I don’t think I’ve ever felt so powerless.

I’m living under a dangerously incompetent UK Government. But worse than that, it’s weak, at war with itself, beset with lies, half-truths and cynical self interest. It has permitted some really toxic elements in British society not just to express their opinions, but to weaponise them online through unaccountable spending, to engineer the electoral process for their own nefarious purposes. It has encouraged an atmosphere where vicious, violent crime against people, even elected members, whose opinions are not shared by the bullies and bigots, can be promoted and perpetrated. And all of this in a technological context where control, surveillance and manipulation of the public is being allowed to run rampant.

I live in Scotland, a Scotland which even a year ago seemed capable of taking a different path. Which had, in the European referendum, voted - if not as resoundingly as one might have hoped - for cohesion, inclusivity, co-operation and openness. I felt embarrassed by my previous campaigning, in the far-off days of the Scottish Independence Referendum, confidently asserting that a vote for independence would remove us from Europe. I shifted my view towards what seemed a possible solution - Scotland in Europe, separate from a UK which seemed to be slipping towards an appalling mixture of brutal stupidity and tyranny.

But since then there has been political stasis in Scotland, with an SNP leadership uncertain how to proceed and a Labour Party apparently intent on savaging itself from within into irrelevance: And I understand the problem for Nicola and her cohorts: everything indicates that in the current climate of abject terror about the future, any second referendum for Scottish independence would bring defeat for and possibly a major fracturing of the SNP. The last thing the EU or this tottering Westminster administration wants now, as negotiations on Brexit range from flailing idiocy to dumb intransigence, is for that to be complicated by events north of the border. If there was a determined push for indyref 2, I could see London taking really drastic steps to stop it, moves that would make events in Catalonia seem like an episode from I’m a Celebrity Get Me Out of Here. Apart from anything else, the UK cannot afford to lose Scotland - it’s oil and gas, its whisky, its strategic geography, its nuclear weaponry - in the face of exit from all that Europe is and represents. For the time being, Scotland will simply not be allowed to secede.
But Nicola has the Braveheartian elements within her party to consider. The anti-tax rise tartan Tories. The immigrant-hating element of escapees to ‘pure’ Scotland. And those who despise England, along with all who sail or sailed in her. There’s realpolitik. And there’s a need to keep the saltires fluttering and the bagpipes inflated.

Meanwhile, Labour is in the grip of romantic leftism - to which I am not immune - I mean, Jeremy Corbyn, like me,once owned an MZ motorbike and rode it to Portugal and back; no-one else in politics, aside possibly from the legendary Hugh Kerr, can say such a thing. But come the crunch of yet another general election, can Labour, hopelessly compromised on Europe and beset with ugly internal conflicts ranging from anti-semitism through  sexual harassment to the shameful vilification of Kezia Dugdale (but not by The Beloved Jeremy), actually win? In this torrid atmosphere of hate crime and the ruthless, moneyed exploitation of social media by so-far unidentified forces of the extreme right?

And whither Scotland? The SNP Government seems to be desperately pushing for the retention of Holyrood powers that could easily be sacrificed by Boris, ‘Red Mike’ Gove and their chums. While facing a meltdown in public services, notably health, which can only be addressed by tax increases. A route it is poised to take, but understands could alienate yet another element of nationalist support. 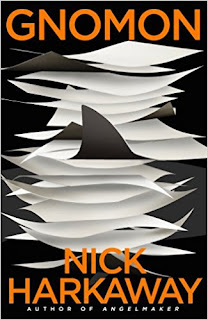 I am writing this after finishing Nick Harkaway’s hugely disturbing, vastly entertaining and - let’s be honest - quite difficult and very long book Gnomon. On the face of it, and to simplify drastically,Gnomon is a doorstop of dystopian sci-fi which reads at times like a brainstorming session involving Neal Stephenson, William Gibson and the late Iain (M) Banks. But it’s really a book about Brexit Britain, about the surveillance state, about how we ignore digital manipulation by Government at our peril. At how the evil  in our society lurks, waiting to assume control. It’s also about nationalism, dictatorship and how worldwide, we are reaping the whirlwind of identity politics.

Which of course brings me back to Scotland. Is the unutterable mess the UK wallows in right now a result of Scotland’s kicking against the Westminster pricks? Did Scotland’s drive for independence, all starry-eyed and moral, liberating and socially liberal,  unleash the poisonous forces of brutal, racist, skinhead Little Englandism?

There was undoubtedly  an element of reaction. But amid the Greek gods and Ethiopian art, the demons, sharks and books (because Gnomon is about books as much as politics, including arcane pulp references such as the word ‘Forsythean’ as in Frederick, and a submarine called Rebus) Nick Harkaway identifies a worldwide retreat into parochialism, fuelled by the ever-encroaching power of the internet. Scotland’s wee story is more symptom than cause.

What to do now? What can we do? My faith, I have to say, is in the power of words. Not this book, or not only Gnomon, but the fantastic journalistic work being done to uncover the way the Brexit referendum was corrupted and manipulated by those who stand to gain most from it. And I don’t just mean the Russians.

There are sharks everywhere.

well written...saying how I and many others feel.
One just wonders how to get people to see the obvious instead of blindly following propaganda..

That was a great read. I had not really considered that the Russian troll factories are the least of our worries on social media, there are surely similar managed efforts undertaking opinion manipulation that originate much closer to home. The only real truth today is that there is no truth to be had. Sad times.
Love Harkaway's books and was unaware there was a new one. At least that might cheer me up for the winter.

Well said Tom, and seems to me not enough are standing up and telling it like it is for many many Scots who are feeling powerless just now. This last paragraph gets to the nub - for I now find myself amongst far too many who are so disenfranchised by events that we are turning off and pulling back to the point where the 'enemy within' will find it ridiculously easy to ride in, take over, and then inflict real damage to our country.

PS I suspect there is an element of truth in your comment about our recent push towards nationalism playing its part in where we find ourselves now. For my own part I've long thought that federalism offers a solution - a better solution for an Economic Union (but we're no longer fighting to improve that arena) - but potentially a better solution for a UK struggling to cope better with the needs of us 'regions'.

PPS Thanks again for the music over the years. My better half for 40 years has whispered that my old love affair with vinyl might be getting re-kindled at Christmas - something to look forward to at least!