(With thanks to Rev Couth Rivvens (retd) for this contribution) 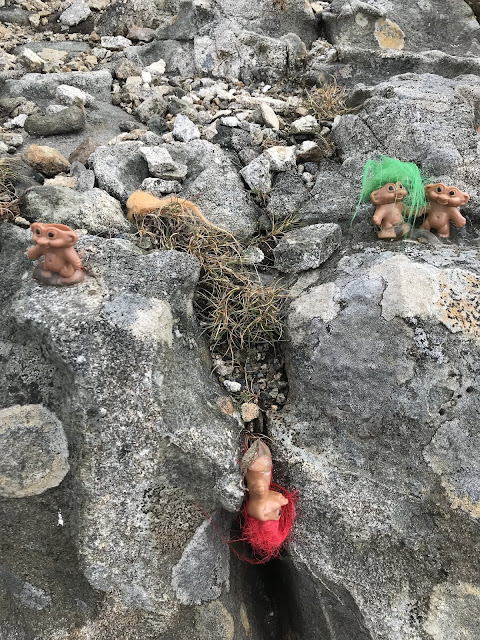 As can be seen from the photographs which accompany this instalment of North Notes, disaster has struck the burgeoning community of trowies just off the main A970 near the Heights of Olnesfirth. It is understood a combination of the recent northerly breezes and marauding sheep have caused some of the trow offspring to come to grief, either through being wedged in crevasses, or simply falling over and being unable to rise from their prone positions. One trow has complete lost his (or her – it is difficult to ascertain gender among trows) hair.

The invisible presence of trows in the empty hill land between the Flossy Loch and the Burn of Eela Water has been an accepted fact for many generations, but their more public advent in recent times is thought to be connected with the prophecies of the 18th century hermit known as the Shunn of Sheenabrek. He it was who warned, in a statement made while he was being forcibly removed from a Christmas service at the old Hillswick Kirk, of ‘a great advent of whirling wheels in the sky over Hamargrind Scord’, which is now thought to be a reference to the impending Contracts for Difference auction  regarding the Viking Energy windfarm at the Lang Kames. 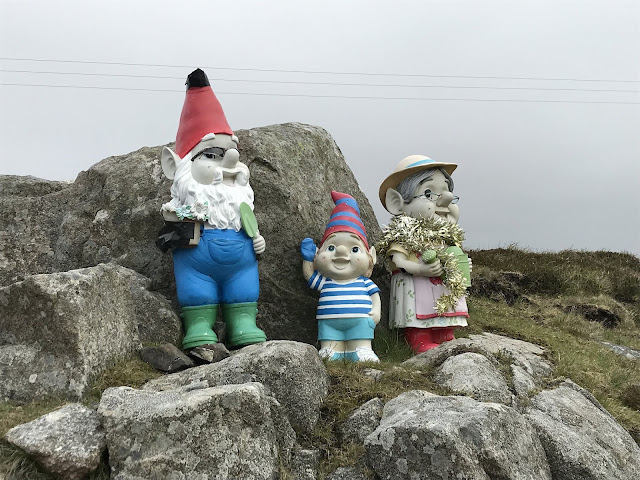 The Shunn also said, as he was submerged in the sea off the West Ayre by Kirk minister Rev Humpff Bailliwick in an effort to shut him up, that ‘the Trows of Flossy will stand guard against wind farm developments anywhere in Eshaness’, a  statement little understood at the time by  those watching. However, the appearance of, initially, a mother and father trow and what is clearly a flourishing offspring, followed by perhaps a dozen much smaller creatures (known as ‘micro-peerie trowies’, and once extremely common in North Roe) has caused much conjecture locally as to the relationship between windpower developments and the trowie population, so long well-nigh dormant, except in Bressay.

Suggestions that electric fencing and windbreaks be erected to prevent sheep causing further alarm, despondency and injury to the trow population have been vetoed by locals, concerned at the possible effect on the many tourists who stop to photograph and occasionally bend the knee in trowie-worship.

A proposal for grant funding to carry out a consultation on possible trow-protection measures is understood to be on its way to the SIC, and meanwhile, anyone passing is urged to stop and rescue any fallen or wedged trows. An application for retrospective planning permission to site what is called ‘suitable trow accommodation’ nearby has been with the SIC Planning Department for, it is said, over 20 years.

There are no plans for any major windfarm developments in Eshaness. Yet. Though it is understood some steps have been taken.
Posted by Tom Morton at 9:10 am