This was sent to the TM Show by listener DAVID LIVINGSTONE, after I mentioned on air the sudden popularity in dedicated 'USB turntables' for recording old vinyl albums onto your computer. This is how to do it for free, (almost) if you already have a record player. Cheers David! Pesonally, I use a SoundLab DLP32S deck with Stanton cartridge through a NAD amp and into a Philips CD-R recorder. Bang the CD onto iTunes and Bob Dylan's yer uncle!

No need to buy a USB turntable if you already have a reasonable one in a
stereo separates system.

As you can't plug in a turntable into your PC directly, since the
cartridge normally only outputs a few mV (millivolts) which is not
enough to record from, it so needs to be amplified.

So to get a stronger signal, take a tap off the tape output phono leads
from the amp (or at the input to the cassette deck end) using phono
T-pieces (see pic attached) and then direct this to the line input of
your sound card in the PC, via standard phono leads. You can buy them up
to 10m in length on eBay.

The input socket on the sound card is probably a mini jack, so you'll
probably have to find a suitable - stereo phono to stereo mini jack
adapter - from Maplins, eBay, etc, etc. see below


Then using software like Audiograbber (free and a good MP3 ripper too),
Audacity or Goldwave, you can 'record' from the PC's line in source, and
tweak the levels (in the sound card's audio control panel or the Windows
mixer one) to get a reasonable sound level.


Of course, if you are recording an album from vinyl, it will be in real
time - ie the length of the record. And the WAV files are huge -
obviously getting on for a full 700 Mb (~70 mins) though, so plenty
memory helps.


Further refinements with software like Groovemechanic can clean up the
recording if you want, before splitting it up to MP3's.


A handy benefit of doing it this way, you can select the required source
on your amplifier - from the tuner, video, mic, auxiliary or other tape
deck, even minidisc, etc, etc as your input source and it works the same
way (ie it's the signal that would be recorded by the cassette machine)
and will be available as the Line In at the computer.


The Audiograbber programme is great - you can set it up to record from
the line in source with it's built in timer - as I've done on numerous
occasions with these Radio2 concerts on Saturday nights.


Just set a bit of an overlap, to start before and finish after the
concert - and it'll even shut down the PC on completing. So after a pint
out, you can come home to a file all ready to be burned onto CD.

Though doh, I've sometimes forgot to change the preset station on the
tuner to Radio 2, and so recorded 1 hour of Robbie Shepherd or similar
from Radio Scotland .....
(Tom says: "Thus educating yourself, David, in the excellence of Mr Shepherd's oeuvre")

Also, you can record from the BBC streaming 'Play it Again' facility,
with this software, things er--r like your programme, by changing and
setting your sound card to record from the 'Stereo Mix' source.

But the quality isn't the best especially at busy times with internet
congestion, etc. and you are always be best to record direct via the
radio tuner.


I don't know about the legality about all of this, but it's all for
personal use and as usual there is a whole industry and underground with
some very smart people out there ....... so destroy these electrons if
you chose to accept your mission. If I end up in the clink, you are an
accomplice. 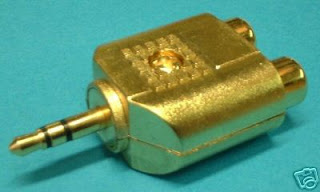 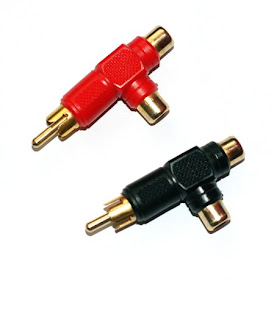 but Audacity is a good free source equivalent
http://audacity.sourceforge.net/


And a very good plugin for Winamp, Windows media player, etc to improve
the sound of MP3s on PC's is DFX Audio Enhancer


Hope this hasn't done your head in!

Excellent advice, but I fear you've got the cable names wrong. I suspect it should be phono, rather than photo, as in the following: