Proust with a crust

Proust with a crust: Loaf Story, by Tim Hayward 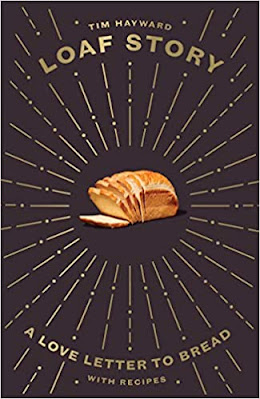 The Honda C50 cost £19. It was supposed to be twenty but the elderly seller in Templehill, Troon solemnly handed me a pound note back for luck. That summer, at speeds up to and including 35 mph, it provided freedom: a first pint - shandy-  in the unobserved Sun Court Hotel; 130 miles in an evening, on one gallon of petrol, to Kirkcudbright and back for a kiss. And I was able to putter daily to my first job as a waiter-cum-general-dogsbody with what was then Trust Houses Forte, who had the catering contract at Prestwick Airport.

It was terrorising. Ferocious managers, bellowing in black tie at cowering students in little blue jackets. Equally abusive kitchen staff. We seasonal temps were lower than the lowest dishwasher, and we behaved badly too, mocking and spilling and generally faffing about. We did everything, from mopping floors to fumbling silver service in the never-busy grand restaurant. We learned how to fake double layers on ham sandwiches. Why that particular transatlantic pilot always took his coffee with a double whisky automatically slipped in before flying. How instantly vomit-inducing a coffee served with tomato sauce and salt can be.

All this came flooding back on reading the final story (Cook’s Perks) in Tim Hayward’s new book, Loaf Story. His first job after school was in a massive Fortes establishment on the English coast, and post-service staff gorging on leftover roasts with “kitchen bread” clearly inspired his career path to bakery owner, restaurateur and one of the world’s top food writers.

Alas, working for THF at Prestwick inspired me to leave within a month and get a job pumping petrol. I didn’t like that either. In fact, I didn’t (and don’t) enjoy working much at all. I suppose journalism was inevitable.

Loaf Story (subtitled, A Love Letter to Bread, with Recipes) is not about making bread. There are no detailed action plans for converting your house into a centre for sourdough theory and practice (for that, may I recommend both Brilliant Bread and Super Sourdough by one James Morton). It’s a book about the love of bread, what you can do with it, and it’s about memory. Proust with a crust.

Because bread, literally the staff of life, carries with it not just a host of spreads, fillings and succulent soaked-in-sauces, but our deepest and earliest experiences of food, and of it being provided with and as an expression of love. Often fried. In bacon fat.

There’s some beautiful and very funny writing here about the simplicities of loaded bread (beans on toast, the corned beef sandwich) as well as more complex and obscure loaf-related joys such as valpellinentze (alpine cabbage and bread soup, one of several international potages described) and queso fundido. But there are also some splendid and simple recipes, wisely kept separate from the memoir and celebration in the main part of the book. And there are a host of hard-earned cheffy tips, hacks, wisdom and lore. I will never deal with raw onions in the same way again. The photographs, by Sam Folan,  have an iconic quality. These are much more than just dishes. They’re pieces of a life.

The search has now begun here in Shetland for Kewpie Japanese mayonnaise. Though in the meantime, Loaf Story has inspired me to try mixing Hellmann’s with local favourite Heinz Sandwich Spread, to glorious effect. Tastes great with homemade madeleines.