Summer of the Black Suit: How I started conducting non-religious funerals 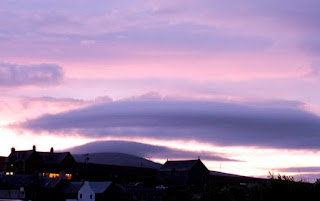 Where the road runs out


When someone dies, we know what we have to do. We’ve always known.

We need to accompany that person to where their road runs out, and make sure there’s a place prepared for them there.

We need to say goodbye. And then we have to leave them.
Because we have our own roads to travel. And miles to go before we sleep.

We must go with our dead to their place of rest, be it grave or cremation. We should remember where they are, or where their ashes are scattered, and make sure we can visit that place when we want to.

On our way, bearing the burden of our loved one’s body, we may want to speak, sing, listen to music, pray; shout, scream, weep, argue. Fight with and take comfort from the God we don’t believe in, or the one we do.

When the time comes, we’ll know what we have to do. To quote the poet and undertaker Thomas Lynch, we’ll know where our dead need to go. And where we need to be.


What if you don't believe?

A funeral is a time to mourn. A time to remember, a time to say goodbye.

A funeral is always hard. Sometimes it’s a chance to look back on a full, well-lived, much loved life, and the sense of sadness and loss  is tempered by a celebration of achievement and times of shared joy.

But sudden bereavement through illness, accident or violence can leave those left behind shocked and very disturbed. Particularly when someone very young dies.

A funeral recognises loss, acknowledges and marks it, and provides the opportunity to grieve and begin the process of acceptance. Traditionally, death is a time for families to look to the church, to a God who promises everlasting life, heaven or possibly hell. Reward, punishment. Reassurance and hope for believers. Comfort.

But what if you don’t believe? What if the person who died wanted nothing to do with religion? If you feel uncomfortable with prayers, churches, ministers, hymns and talk of resurrection, redemption and faith? What  if you’re just not sure, or perhaps love hymns and Bible readings, blessings and prayers, but want no preaching and proselytising?

Some ministers will be happy to provide a service which avoids confrontational religious content, but many will not, particularly if the funeral is being held in a church. Which is understandable. God is ultimately their employer. That’s God’s house. 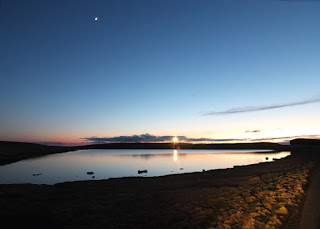 
At the start of the summer I was asked to speak at a friend’s funeral, and in our tiny corner of what is a small island community, over a few weeks a number of people, friends and neighbours, died in quick succession. I began to wonder if there might be a need for someone to conduct funeral services that weren’t necessarily religious, or that contained only the religious elements - hymns and prayers - that the bereaved actually wanted.

Anyone can conduct a funeral service, unlike a wedding, which needs a Government approved ‘celebrant’. And as I’ve said, we all know what needs to be done. But sometimes it’s just too emotionally fraught a time for us to handle it all ourselves.

I was already a member of the Humanist Society of Scotland, but my background is -  profoundly and going back two generations - Evangelical Christian. These days I’d describe myself as a religious humanist. Which may sound like a contradiction in terms. A paradox. Or that theological concept, an antinomy.

I asked Anne, owner of Goudies in Lerwick, our only funeral directors, if she thought there might be a need for someone to do funerals that weren’t necessarily religious. Definitely, was the reply. And the sooner the better.

I looked at training with the Humanist Society of Scotland and its new competitor, the Caledonian Humanist Association, but labelling a funeral officially ‘Humanist’ brings, it seems, an obligation not to have any Christian content and to exclude God altogether. While some people may want that, Anne pointed out and I agreed that others would like a prayer, a Bible reading or a hymn. Denying them that possibility seemed wrong. Also, it’s £2000 to train with the HSS, and £500 with the CHA. Who turned me down. It may have been my insistence on hymns. Anyway, I was only interested in funerals within Shetland.

And then the telephone rang. Could I...this week? There’s no-one else. Yes. Of course. Alan at Goudies had conducted many services himself when he worked on the Scottish mainland, and with his guidance and the rest of the staff’s help I began working intensively on various approaches, finding poems and other readings. I met the bereaved family, spoke to some of the deceased’s friends, and realised my training as a journalist and indeed obituarist was going to be more than helpful in compiling a life story.

So, I conducted my first funeral. And since then, every 10 days or so, I've walked with another family to the end of someone’s road, and tried to find the right words. I bought a black suit, some white shirts, ordered a black tie, black shoes. A coat. An umbrella.


I try to put together the funeral service those left behind want, one which fully reflects the life which has ended,  a service  they have input to and control of. As dignified, solemn, and accurate as I can make it, painting a real picture of the departed, one which includes as much humour and music as required or thought appropriate. Each funeral is three days of hard, intense work. It's absorbing, frightening and incredibly rewarding. 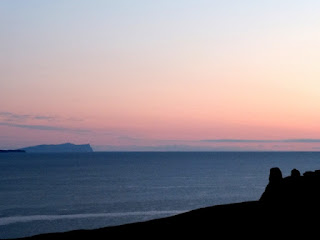 With or without God


I will conduct a completely Godless service. Have done so, with John Cooper Clarke instead of John Wesley, Kris Kristofferson rather than John Newton. I have come to appreciate the sheer emotional heft of Daniel O’Donnell. And I'm not joking. But I recognise the importance of Christian prose, music and poetry in our collective and individual lives, and I’m at ease incorporating some of the great hymns and prayers, Bible readings and psalms. And material from other religious traditions too.

But I will also help find the not so obviously religious readings, poems and music that may reflect a loved one’s life better. From Marcus Aurelius to Emily Dickinson, Bob Dylan to Dylan Thomas, Hemingway to Robbie Williams. At a community hall or at Goudies’ chapel, and then at the graveside, there will be no surprises, as the family will have seen the full order of service and all content beforehand. Errors are unforgivable. There are no reruns with a funeral. No editing after the event.

Although the emotional power of the occasion often takes what’s said and heard far beyond words. The American minister Thomas G Long says a local funeral is a piece of  ‘sacred community theatre’. There may be some truth in that. But we’re not dealing in fiction. This is the very edge of life, the ultimate step. It’s as real as ‘real’ can be.

Part of the grieving and healing


Before the funeral, I  meet the bereaved family and we talk. Sometimes they’ve prepared a written outline of  the life that is over, sometimes it’s just a question of taking copious notes, of listening. I’ll need to  write a full eulogy and find any music and readings required, something made a lot easier by the internet. This can be difficult, but it is part of the grieving and healing. Just being there, just listening.

Folk may wish to speak at the service themselves or have close friends involved, and that is always good.The right things get said by the right people.

This all happens quickly. Interments in Shetland are usually within a week of death, embalming (beware that mainland euphemism ‘hygienic treatment’) being rare. Cremations, though, have to take place off the island, and a crematorium away from home can be a lonely and alienating place, sometimes with no service before the cremation itself. I like to write something for a family to take with them, to read silently or aloud before finally saying farewell.

At a Shetland graveside, in bad weather or good, there is always a sense of home, of belonging, of departure, of a place to remember. And of brutal finality. It’s a raw, simple encounter with the earth. Two council gravediggers with spades. A pile of undisguised soil, propped behind wooden slats. Wind, rain, sunshine, seabirds, sea. Men and women, the power of words, the end of words. Dust to dust. The crash of dirt on wood, waves on this Old Rock.


And then we leave


Deep down, as I’ve said, we already know what needs to be done, and we always have. I’m just there to help accomplish that. To provide people in my community with the structured service and the words they need, at a time when words can be particularly hard to find. To tell the story that needs to be told. To say the things that must be said, in the end.

It’s a privilege. When we remember, bear our loss together. When we say goodbye. 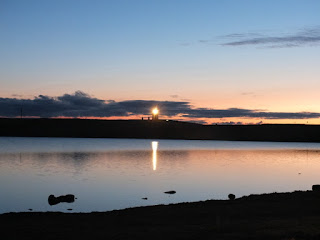 A real touching post, Tom! Several years ago I succeeded the training for funeral undertaker. Because I think it is important to support people wishing to organize a good and warm farewell to their deceased family/friends. I think you're the right person for doing the job, reading your thoughts about it and the way you compose the definite farewell. (BTW, Bartho is besides travel journalist also consultant for the Dutch Organisation for Cemeteries...). Greetz, Mary

Thank you Mary! That's much appreciated.
Best to Bartho
Tom

A beautiful , sensitive post.
Some religious service givers could read and reflect....

Are you amenable to traveling to the States? Hopefully not for a while. Lovely writing, Tom.

I feel exactly as ejohnsonott, but this time it's closer -in Stirling.Your writing was so sensitive and understanding.I'm not thinking of dying yet, but hope you can make it when the time comes!

Edward, Margaret...many, many decades yet I hope!

What a lovely article. We had a celebrant for my Dad's funeral because he wouldn't have wanted a church service, he was also an honorary sikh and we knew there would be lots of attendees. It meant we had a fantastically personal service which was also very professional and well run as there were very many dignatories in attendance. Until organising his funeral, I hadn't realised such a role existed but it is a very necessary and lovely role.