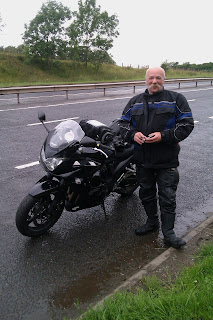 Och, it's seven or so years since that picture was taken, at a lay-by on the A77, just before the Kilmarnock turn-off. Hugh had met me and Rob Allanson (we were on borrowed Triumph Street Triples; I nearly totalled mine at the Bushmills Distillery, but that's another story) near Carrbridge and accompanied us south. We were heading for Wigtown, but everything went a bit pear-shaped near Stirling, with Rob zooming off by accident towards Edinburgh, and the weather turning frightful. Hugh had been planning to come to Wigtown with us (Rob and me were heading off to Ireland afterwards) but went off to his hometown of Kilmarnock instead. This is where we said goodbye.

And now we have to say goodbye to Hugh forever. He was an extraordinary character, absolute stalwart supporter of the Tom Morton afternoon and evening shows on Radio Scotland, organiser of FOTTOMERS (Friends of the Tom Morton Evening Radio Show). I talk a bit about him on this week's Beatcroft but there was so much more to say: his tales of offshore engineering, his musical adventures, motorcycling and stewarding at East Fortune, the cars, the crack, the characters. Those fantastic tales of derring-do in Volvo P1800s and Ford Mustangs. Incredible antics on helicopters over the North Sea. What happened at the Isle of Man. The guitars, the gigs. 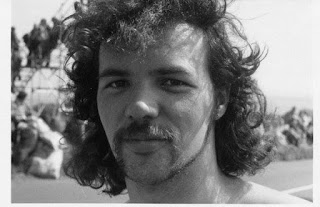 Hugh was kind, wild, thoughtful, generous, extreme, cautious, careful, completely over the top. There were shows he single-handedly rescued from tedium. Entertainment was his middle name. I twice nearly bought a bike from him, latterly a Honda Hornet which was all set to go on the boat north until there was a serious problem loading it onto a trailer at Hugh's home. In retrospect, I wondered whether it was the first sign of the illness that would lead to where we are now. Once, he nearly bought a bike from me. He frequently tried to interest me in buying one of his campervans.

I'll miss him. His zest for life, his taste in music, his spirit of adventure. I've been trying to find pictures of the FOTTOMERS Malt and Barley Revue gig at Eurocentral, but perhaps this one sums up the spirit of the man. Much missed. Ride on. 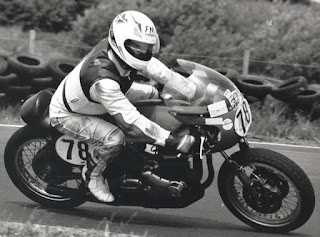 This week's Beatcroft Social playlist - Spotify playlist is further down