This is the end, beautiful friend. Has the music industry had its day?

The music ‘industry’ as we’ve known it is, and has been for a long time, a stuttering, crumbling, lumbering behemoth, a decaying piece of machinery monetising technical processes established at the start of the 20th century and earlier: live performance, songs printed and sold as sheet music, recorded discs, radio. Colossal, sometimes lunatic amounts of cash have been made by those involved at every level and in every aspect. And been lost. Or stolen.

Appalling behaviour has been tolerated and encouraged, because the sums being earned were so vast, often by people who, like footballers, combined wondrous artistry with the brains, morals and maturity of cockroaches. A recent read of Patti Boyd’s deeply upsetting autobiography reveals an Eric Clapton who would jealously store away cheques “to stop the bank from getting them”. If only that was the worst or stupidest  or most downright evil thing he did while one of the world’s biggest, richest, most addicted rock stars. 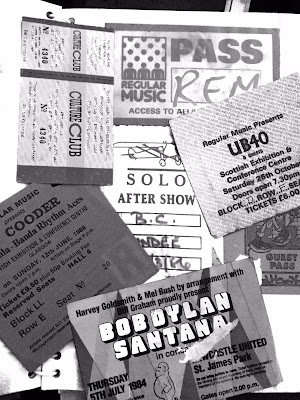 The past few years have seen the music industry flailing hopelessly against technology. Artists, apart from the few heritage and superstar acts still bitcoining it in, have railed and still do against the streaming services. Buy our vinyl, they plead, like desperate hucksters crouched in the street trying to sell CB radios to smartphone users, Fray Bentos pies to the queue at Paesano. Look, it’s a nice colour! I have signed it in felt tip! I have children and a Nissan Leaf to support! It’s in a COLOUR SLEEVE!

Listen, vinyl is shit. It sounds terrible, deteriorates with every needle-gouging spin (not that anyone ever really plays these modern12-inches) and is unutterably and unsustainably filthy to produce. It’s a souvenir, a memento, an icon, a memory, an artefact, and yes, objects which evoke such emotions are important. But there are better, cleaner ways to support and memorialize your band, to be a fan. Surely.

And even as we speak, on the island of Eigg, Johnny Lynch and his pals at Lost Map Records are probably working on it, and making it out of sustainable sheeps wool, deer horn and bits of old fishing boat.

The plague has shut down venues and killed the cattlemarket events which have become - oh yes - the cash cows of the music industry. The reluctance to cancel gigs, tours and festivals, and the fear and anger of those forced to do so, was indicative: Make no mistake, this is the end for many of the big corporate horrorshow promoters and, alas, many of the freelances who depend on the trickledown from their events.  Refunds for cancelled gigs are slow or non-existent for a very good reason, the same reason airlines aren’t handing out the money for cancelled flights: If they did so, all at once, they’d go bust instantly.

As it is Live Nation’s (and parent Ticketmaster’s) share price crash saw the companies write off a colossal amount of their value, and  no return to proper touring and major, fully attended gigs is predicted until July 2021. It could mean the end for such corporate monstrosities or, as some financial analysts are predicting, an opportunity for them to retrench, reinvent and bounce back. Thinner, meaner, tougher, nastier. Rock’n’ roll. The hedge funds are already circling.

One  forthright friend, a music professional of decades standing has an apocalyptic vision of the immediate future:

“Anyone who thinks there’ll be large scale touring this year (or even next year) is delusional. It can’t happen until there’s a vaccine. Same goes for festivals. All the big commercially operated venues will go bust, if they haven’t already, and even if they don’t, there won’t be anyone to staff them.  All we’ll be left with are council run venues, because that’s where all the support money will go. Those with connections to Government will hoover up all the available money and use it line their own filthy pockets and produce nothing of value, so it’ll be business as usual. Freelancers won’t get a penny, so they will be gone, so even if touring does start up, there’ll be nobody to crew it. And there won’t be any service companies left to provide sound, lights, video, buses, trucking, catering etc. They’re going bust at an alarming rate right now. PA equipment suppliers are flogging gear as fast they can, and a lot is going abroad due to the weak Pound. If and when things restart, there will be a major shortage of equipment. Large scale touring is dead in the water and will be for a long time. The biggest players were in serious difficulty before all this happened.”

And yet and yet….

“I’ve actually got quite a positive view of the future for the music industry. I’m predicting a proper grass roots resurgence in small venues once it’s safe to do so.

I believe there will be a huge opportunity to reinvent the music industry when the dust settles, and it won’t be the old dinosaurs that currently have a stranglehold on it doing the reinventing, so there’s hope yet.”

The announcement of  £2.2 million in Holyrood money to support “Grassroots Music Venues” in Scotland (now being acronymed as GMVs, which is a very bad sign) until October may provide a lifeline for the 74 members in Scotland of the Music Venue Trust (MVT? Oh, please...). Equally divided, that’s what?  About £30K each? The hows and the whys and the who gets what (decided by whom?) will be illuminating. It won’t save anyone long term unless they move and change fast.

Agile companies big and small, those with enough financial backing to keep going, are moving into streaming and ‘hybrid’ gigs (high-price, socially distanced live premium audience plus paid-for streaming). At least seven or eight of the big production companies now have fully equipped sound stages in the UK specifically for streaming, but monetising the online aspect is, as ever, a problem. The Plague phenomenon of Facebook Live and Zoom gigs with Paypal.me, Kofi,  Patreon and other embarrassing begging bowl or online busking options in place was interesting, but an emergency measure trading on sympathy. To make that work long term, you need to offer something else.

Stuff. Lots of stuff. Good stuff. Quality. People want things. To express support, belonging, love.Swag. T-shirts, postcards, handwritten lyrics, backyard personal gigs, and even the horrific offerings on the Cameo site, where some big names will do you a phone message or a personal greeting for anything up to several hundred quid. Mike Scott from the Waterboys was one early adopter there. And may God have mercy on his soul.

Here’s a thing: Musicians are not going to stop making music because they’re not getting paid or paid enough for it. Those who don’t do it for love are not worth bothering about anyway, so their loss won’t be mourned by those who love music and want to support the musicians who make it.

What will or should those transactions be?

Streaming is like radio, and no musician makes a living wage from MCPS payments, or very few. Forget all this moaning about Spotify and (slightly more lucrative) Tidal. It’s advertising. If you’re good, I’ll want to own something you've made. Make me an offer, Show me some of your good stuff, your knitwear, your art, your shirts, your dishtowels. Come to my garden and do a gig. You can stay in that specially cleaned caravan. We’ll feed you through the catflap. Show us your art.

Forget the mansion in Kent, the Caribbean yacht, the no-black-Smarties rider. The 360 deal, the free Adidas, sync, the dreams of being in Spinal Tap, the VIP lounge, the reunion tour to top up the pension fund. It’s over. You’re entitled to nothing.

But you’re an artist. Use your imagination. Be inspired. Inspire me.

Maybe you’re worth some of the cash I don’t actually have at the moment. Maybe not. Prove it. 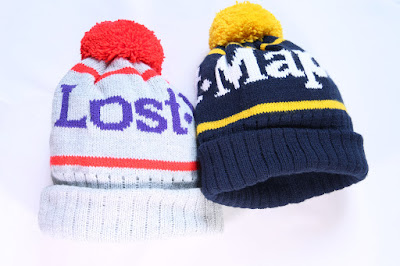