I've taken to making raids on Lerwick (the big toon, 11,000 people, 40 miles away, has a Tesco) accompanied by Dexter the Devil Dog, which isn't really a problem. It hones your reaction times and driving skills. Veering in front of (and then away from) massive pipeline lorries at 80 mph with a Staffordshire/Collie cross dancing on your lap keeps you sharp.

There is a small but committed I-would-rather-die-than-shop-at-Tesco section of the Shetland populace. I am not among them. There is nowhere else you  can get Beurre D'Issigny, for a start. The other supermarket, the Co-op, has better meat, wine and cheese and so any trip to the toon is a two-checkout affair. The Lerwick Co-op (they have smaller shops in Brae and also in the South Mainland) used to have a not great but incredibly cheap café, but they have closed that and, foolishly (many Co-op management and strategic decisions are foolish, as you may have noticed in the media) replaced it with a clothes chop called Peacocks. I have never seen anyone buy anything there. Ever. 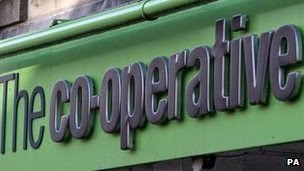 Just quickly, let me say that last week I bought a bottle of Aberlour 10-year-old Speyside single malt for £20 in the Co-op,  the best of all the cheap over production malts that pop up in supermarkets (Glen Moray, which is awful, Pulteney, which can be good but not in the expressions you find at those prices, and Jura, which is almost characterless). The Aberlour 10-year-old is a fine, heavily sherried malt, with all sorts of stewed tea and Christmas cake action going on. Sometimes you'll find the occasional bottle of cask strength Aberlour A'Bunadh knocking about around £40. if so, buy one. It's the same as the cheapo 10 only much more so. Add water or your teeth will dissolve.

Also, they have the excellent 2011 Chateau Vieux Manoir Claret in stock. The price is around £7 and it's worth double that. I was advised to try it by an independent wine dealer who reckoned it was the best value supermarket wine in the country. 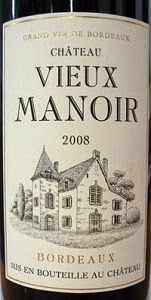 But it's to Tesco for bulk shopping, dog food (Harringtons) and because, with the dog in attendance, I can get lunch in the car park from the JK Mainland burger van. No burger for me, just the (carefully and freshly made) bacon, cheese and mushroom baguette. With chips. Delicious!

Shared with Dex the Dug of course. Stops him trying to clamber into my lap while I'm driving.

William Gibson's The Peripheral and the debt to Iain M Banks. And a detour via Jeremy Duns and Chris Morgan Jones

I absolutely loved William Gibson’s so-called ‘Blue Ant’ trilogy (Pattern Recognition, Spook Country and Zero History) and have had his latest novel, The Peripheral, on Kindle pre-order for weeks. I came to it fresh from a long thrillerbinge on first Chris Morgan Jones’s Ben Webster books (Agent of Deceit and The Jackal’s Share) and then Jeremy Duns’ Paul Dark trilogy. 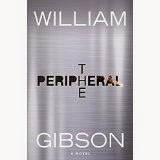 Chris Morgan Jones’s writing is terrific - and his take on the spy/private eye novel is strikingly new: Drawing on his own background, his hero is essentially someone who carries out due diligence checks on companies and individuals, on behalf of other companies and individuals. Russia and Iran provide the nastiness in the two (so far) Webster books, which are revelatory on the often violent and sordid world of international business. Extremely cool, with a sense of the threat, bullying  and viciousness lying behind those glossy corporate adverts you see on telly.

Jeremy Duns couldn’t be more different, and yet the Paul Dark books (Free Agent, Song of Treason, The Moscow Option) are also a breath of fresh air. Based on rigorous research and actual events ranging from World War Two to 1969, they’re crazed, tongue-in-cheek first person romps full of cars, bad sex, daft twists, ultraviolence and Bulldog Drummond-like feats of athleticism. James Bond in other words, the difference being that Dark is a Russian agent embedded in the British Secret Service.

Initially a wee bit alienating and difficult to take with the seriousness Fleming, even at his most arch, demands, you find yourself swept along and always keen for the appendix in each book revealing the detailed historical facts that fuelled the fiction. Though by the middle of the Moscow Option, I’d kind of had enough. You could see those Åland Islands approaching 700 miles off...

Between Song of Treason and  The Moscow Option The Peripheral popped up on the Kindle, and I threw myself into it with enthusiasm. And found myself struggling in a future rural dirt-poor America portrayed in Gibson’s trademark style: You have to work at his worlds, the unfamiliar tech, the unnamed wars and disasters and political machinations that have brought these characters to their grisly pass. And then we’re 70 years in the future, and there’s some sort of gaming  connection. Suddenly it’s a time travel and drone/android/human identity book. And a love story.

The Blue Ant trilogy worked so beautifully because the strange tech was only half unfamiliar, and most of it on the verge of hitting the edges of the midstream. And the use of Gibson’s own favourite objects, ones actually available ( Buzz Rickson jackets, VW Phaetons, 3D projections, remote airships) or from history (coding machines, watches, heavy denim) left you tingling with an almost physical desire to possess some of them. (There’s even a special William Gibson edition Buzz Rickson flying jacket if you’ve got a spare £500. Nylon, of course).

The problem with The Peripheral is that the tech, indeed the central concept of ‘The Peripheral’ (an advanced humanoid inhabited at a distance by a ‘real person’) is very familiar, but from other books. Notably Iain M Banks, to whose work The Peripheral owes a very considerable  debt. Almost all Banks’s Culture novels feature the human soul/drone habitation issue, usually tackled with great wit,  and sarky Scottish charm. The odd (and I think successful) Banks combination of SF and ‘literature’ (no ‘M’ in the authorial byline) Transition is even nearer in tone and has ‘time’ travel involved too. 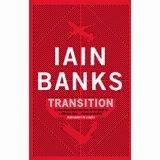 And I have to say that Banks, even over the course of some very long books indeed, is generally very consistent  when it comes to his internal SF logic, avoiding paradox and making the science appear plausible. Something Gibson loses his grip on in The Peripheral. I’m trying to avoid spoilers, but the central notion of ‘the stub’ - a kind of fork in the road, leading to a dead end in time and history - is completely undermined by the motivations of  one of the central ‘future’ characters. And that swarm tech is just a bit too convenient at times.

There’s lots to enjoy, some great fight scenes, a strong (typical Gibson) central female and an interesting satire on poverty-into-wealth via technology. But the ending is eye-poppingly daft and afterwards, I was left wondering why one of all those editors, writers and readers credited in the appendix with helping didn’t just say: Hey, Wullie! Scrap it. This stuff’s been done before, and better.
Posted by Tom Morton at 12:16 am No comments:

This all happened as a result of kayaking  and beachcombing over the summer in Shetland's St Magnus Bay.

Our house sits on the shoreline, and pottering around in boats and canoes is a big part of our summer life, as well as walking our dodgy dogs along the beach. Scranning (local word) for anything the sea may deliver is an isles pastime I've loved since coming here, and of course with the kayak you can scran on otherwise inaccessible beaches.

I began retrieving interesting pieces of wood (some very large lumps, too, which are being dried for future use) and then sea glass, marine plastics and other detritus. You tend to find smoothed and polished bits of broken bottle and ceramic in pockets, near where it was originally dumped, and Hillswick, our village, is particularly good for that, as the oldest pub in Shetland used to be sited there (the building, The Booth, still is). Presumably a lot of old bottles used to be disposed of in an environmentally unfriendly fashion!

Anyway I started messing about with bits of sea-delivered stuff, along with little slivers of text, all sea and island related. I like the idea of combining poetry, haiku, opaque sentences, in something visual, and for that matter physical. Something with a specific, intended meaning. I used pastel and acrylic paint, ink and watercolour to modify some of the found objects. And it's nice to do something that isn't just battering on a word processor, or talking into a camera or microphone. Call it a hobby!

We have thousands of old Ballachulish and Welsh slates in the garden left over from restoring the house, and I came up with the notion of creating wall hangings, using thick copper wire as both a method of mounting the plaques, and as something kind of warm and physically attractive in its own right. I made half a dozen or so pieces, carefully cleaning sterilising all the wood and organic material (microwave), and sealing the finished items with aerosol watercolour fixative. All the pieces were signed 'Ebb', dated and a single square from a 1948 Ordnance Survey Map of Shetland incorporated in each.

Months passed. I lost confidence and interest. Too busy, for one thing. And then this past weekend we had a 'Bake It For The Beatson' do and the local village hall, and, encouraged by our friend Gill, I took some of the Ebb 'tidal text sculptures' along. Hey presto, (some) people liked them (particularly children, who I think fancied having a go at making them), and three now have new homes. Money actually changed hands!

They're just a wee bit of a spare time activity, some are better than others, and you may think they're just the usual ham-fisted amateur dabbling by people who hang about seashores. But anyway, here are the ones that have gone. There's three more for sale over on Etsy, with all profits going to the Beatson Cancer Charity, the clinic in Glasgow to which we owe so much.

Just thought I'd mention it.
Posted by Tom Morton at 12:16 pm No comments: