Beatcroft social as winds batters the Attic of Obscurity 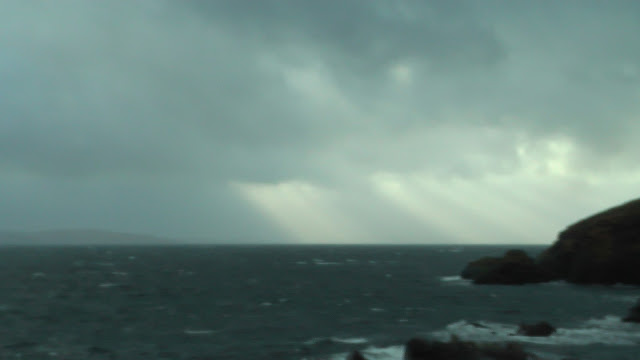 Not that bad, to be honest. perhaps tipping 70mph at its worst, which is not quite up to the 120mph-plus winds of yore. This 300-odd-years-old house is still up, anyway, though it did shoogle and vibrate during the night. We're just about 20 of your old feet from high water mark, and in the past, the kitchen has been three feet underwater.

There's been rock armouring put in since then, and flood protection, but our power sockets are all above waist level on the ground floor.

Anyway, we struggled to get this show on the air, using a different system from the one deployed over the past few months. We just can't seem to get enough bandwidth, hence the lack of a Beatcroft camera and the audio-only nature of this programme.

And then the software we use, DJ Pro, began playing up, weirdly centred on a single track by Yvonne Lyon, which not only refused to play but also stopped any other track being uploaded for a period. After a bit, it was as if we'd cleaned the electronic pipes through which the music and chat flows, and it all began to work.

So get past the strange squeaks and blips of the first two tracks, and it settles down. I promise!