Lerwick and Hillswick by day, Voxter by night 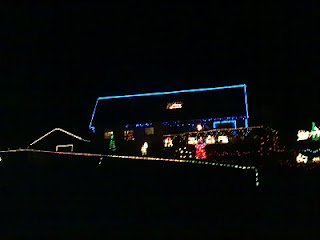 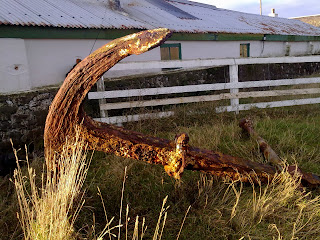 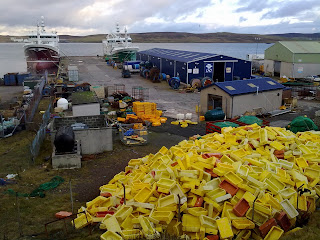 I'm afraid my night-time mobile phone snap doesn't communicate the full, overwhelming impact of those Christmas lights. And this in a community so dark-ridden at this time of year that valiant battles against the night result in probably the most spectacular household lighting in Europe.

The other pictures show a salvaged anchor up at Bruce Wilcock's smithy in my home village of Hillswick (he makes new versions of that, full size, if you're interested) and a couple of hyper-trawlers in Lerwick with just a few of the boxes needed to hold their catch. These boats are so powerful and their catching capacity so massive they fill their annual quotas very quickly; they're at sea only for part of the year and still make very large amounts of cash indeed.
Posted by Tom Morton at 11:03 pm