The tragic and very sudden death of my accountant, Bob, has meant that for the first time in a decade or more I've been having to pore over the income and expenditure of the Morton endeavours. Failing completely to understand anything at all about capital allowances, written down values and all that gubbins, I simply worked my way through the VAT ins and outs, copied Bob's old annual accounts, ignored the capital allowances and filled in the Revenue's on-line form. Slightly more than last year, but not too much. That's the Broons and Oor Wullie factor, I suppose. Goodness knows if they (the Revenue, not DC Thomson)will send the tax police after me.
Vast panic on seeing that the on-line tax calculator insisted I pay the tax for 2005-2006 and half the tax for 2006-2007 as well. But...but...I spluttered, I paid an estimate of the tax for 2005-2006 last year, so...and then I realised that I just had to make up the difference between last year's estimate, and pay half this year's. Or something like that.
Let's hope so, anyway. Otherwise I'll have to flee the country.
By the way, eBay have taken down the item I linked to in yesterday's post....which was something like 'One ship, slightly damaged, buyer must remove'. They've pledged to remove any MSC Napoli salvage from the site, though it seems the police were telling folk they could take what they liked from those washed-up containers (beats washed-up entertainers, I say). 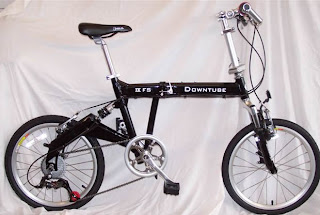 Meanwhile, I'm fascinated by this. I'm obsessing over folding bikes at the moment, and I can neither afford a Brompton nor do I particularly want one (too few gears, wheels too wee, no good for touring. This chap Professor Yan Lyansky seems just to have taken his design to China and said 'make that', to tremendous effect. It's had fantastic reviews everywhere, Professor Yan replies to this emails personally, and they're cheap, even including shipping from the USA. I want one!
Posted by Tom Morton at 5:09 pm

You need us if you have any of these tax problems: Back
Taxes, Unfiled Returns, Missing Records, Threat of Levy, or, if you need an Installment Agreement or an Offer in Compromise A tax levy or garnishment or attachment are all the same thing. The terms may be used interchangeably. A wage garnishment or levy may be against any asset. In the enforcement of tax collections. We prepare all Federal and State Unfiled tax Returns The Fair Tax Act (HR
25/S 1025) is a bill in the United States Congress for changing Tax Solutions laws to replace the Internal Revenue Service (IRS) and all federal income taxes (including Alternative Minimum Tax), Past due tax returns, Past due tax returns, Past due returns, Past due taxes, Unpaid tax, Tax negotiation, Wage levy, Robert M. Adams, Bob Adams