I have neglected the Thrillfilter site over the past few months, which is not to say I’ve abandoned the crime and espionage genres. I have been guilty of obsessive Kindling, unable to resist the attractions of cheaper-than-the-hardback serials. Not to mention total immersion TV. 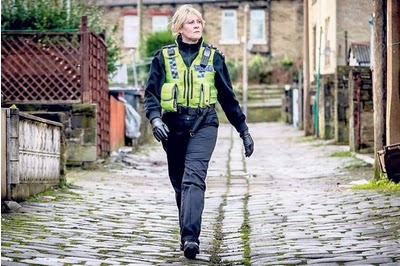 Netflix, of course, gave us the second season of House of Cards, which was terrific, but my big (re)discovery in telly terms has been the writing of the late Alan Plater. I bought the 20th anniversary DVD box set of The Beiderbecke Trilogy off eBay, which remains absolutely superb. Two teachers (woodwork and English) do not solve crimes, but explore the world of Thatcherite repression with heartbreaking wit and warmth. It sent me in the direction of Plater’s jazz autobiography (the unfortunately named Doggin' Around) and the recorded works of Bix Beiderbecke and Sidney Bechet.

Plater’s book of Oliver’s Travels  is far better than the TV series (Beiderbecke hits the road), in which a terribly miscast Alan Bates flounders floridly in a part written for Tom Courtenay. Bill Patterson is great, though. And so is Orkney. Then there’s Plater’s screenwriting for the Olivia Manning series of World War Two books Fortunes of War, starring the young Emma Thompson and Kenneth Branagh.  This wonderful tale of  eccentric British Council teachers and stragglers caught up in World War Two retains all its style, wit and power. And the acting is brilliant throughout. Available very cheaply on DVD.

There has been a huge upsurge of crime-related, location-defined TV drama recently. For the sake of peacekeeping I’ll not say anything much about Shetland, the adaptations of Anne Cleeves’ crime novels. Other than this: It’s getting better, and will improve further once the next series abandons the book plots. I live in those locations, though, and so have to overcome what our family calls ‘Green and Orange Bus Syndrome’, after a comment my wife made to one of the executives responsible for Taggart, thus cutting short my brief STV career (“The only reason people watch this rubbish is for the green and orange buses”). Hinterland is very much a Welsh Broadchurch-meets-Taggart and very well shot. I abandoned ship though, halfway through the second episode.  It creaks, if stylishly. No buses, but a dodgy caravan in a ridiculous setting, and loads of Welsh landscape. The Broadchurch II plot/backstory is pushing it, though.

Then there’s Fargo. I was puzzled, initially, by the whole concept of adapting the tone and location of the great Coen Brothers movie, while using aspects of the main film characters to ‘inspire’ what are essentially new ones. Yet it works well.  Martin Freeman at last transfers that weird cock-of-the-head mannerism into something utterly  un-Office, anti-Hobbit. Billy Bob Thornton is magnificently charming, funny and brutally sinister, and the infusion of David Lynchian Blue Velvet surrealism is an effortless fit with the cold humour of the Coens.

There’s nothing cold about Happy Valley. I have avoided the Sally Wainwright ouevre for no reason other than laziness and suspicions over someone working in what appeared to be Plater territory. But the first episode of Happy Valley completely captivated me. The Fargo references are overt and knowing, but the central female cop character, played by the amazing Sarah Lancashire, goes from initially funny through pathos to a kind of threatening, vengeful, simmering rage, all in the first 50 minutes. It has a rare narrative momentum (the polar opposite of Hinterland, for example) and the attention to detail is what raises it head and shoulders, I think, above the other ‘thrillers’ I’ve mentioned. Including Fargo, the (movie) plot of which is knowingly referenced. The grandchild’s behavioural problems, the affair with the ex-husband, the weird Corrie-in-the-country vibe of Hebden Bridge, nastified for the occasion; those sly, breathtaking wee scenes like the BMW Estate with mountain bike rack, and the appearance of Sylvia Plath’s actual grave at one point. I absolutely loved it.

And of course, the influence of Alan Plater is everywhere. The magnificent George Costigan (from The Beiderbecke Tapes) as Nevison may even be a nod in that direction. It’s more burtal and may turn bloodier than Plater could ever be, but it has wit, style and, most importantly, warmth. This is flesh and blood drama, anchored in more than just a location, more than scenery, but in a sense of real, beating human hearts.

One thing, and this applies to all current police dramas: We know cops have to wear disposable rubber gloves and weird wee bootees at a crime scene. But please, stop dwelling on it as if it’s an absolute indicator of verisimilitude and accuracy.
Posted by Tom Morton at 11:07 am