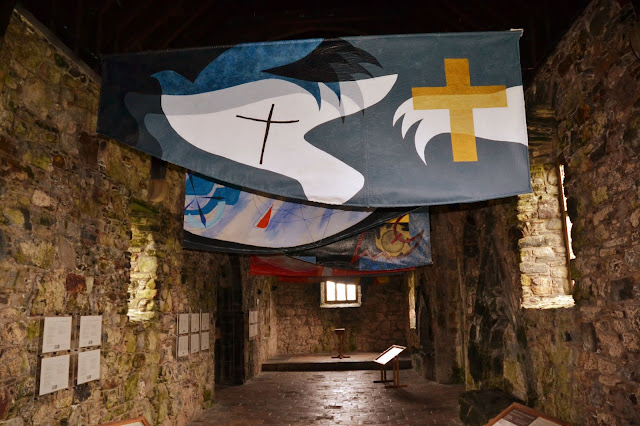 From now until September, the 'Seven Waves' installation by Erlend Brown and Dave Jackson is open to the public at St Clement's Church, Rodel on the Isle of Harris. See posts below for details. 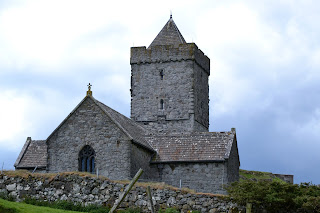 Based on the the cycle of poems by George Mackay Brown called Tryst in Egilsay, which have been specially translated into Gaelic for this project, the spectacular sails painted by Dave and Erlend meditate on the tragic - and inspiring - events on Egilsay, which saw the martyrdom of  the Earl who would become Saint Magnus. Seven Waves was opened on 1 June by Jane Ryder, chair of Historic Environment Scotland, the organisation which manages St Clement's. 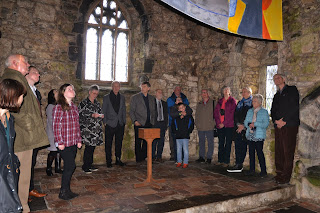 All photographs by Lea Schuetz-Cohen 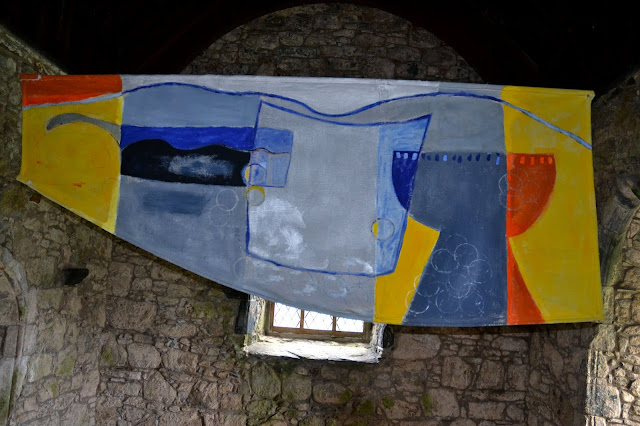 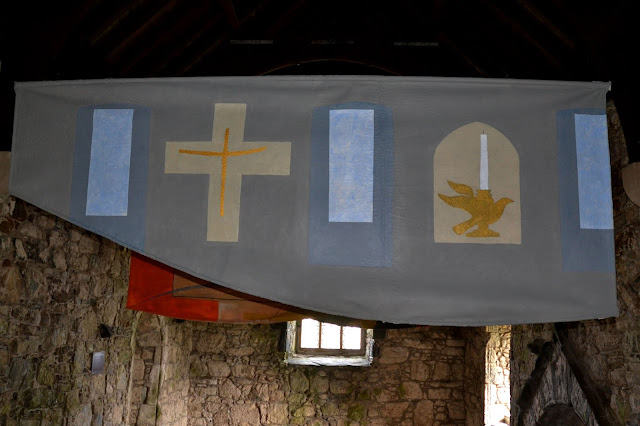 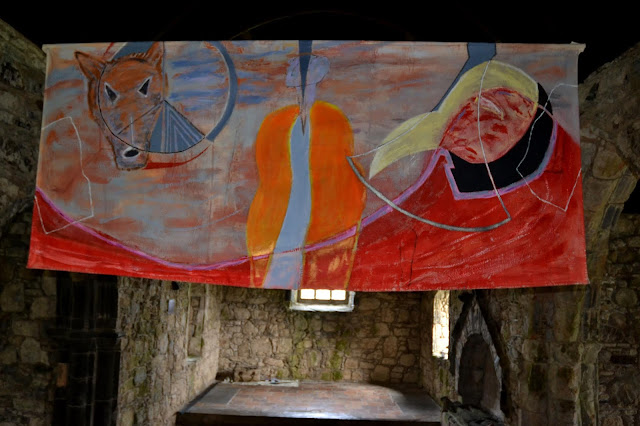