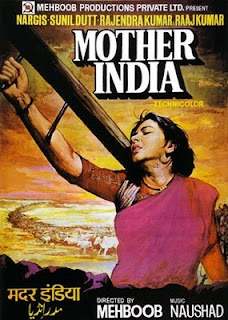 I've been listening, initially with the religious fervour of a disciple, to the new CD by The Hold Steady, Stay Positive, and have come to the conclusion that it marks the end of the road for the band. With sadness and some anger at the critics who are boosting Craig Finn and the boys as some kind of rock'n'roll saviours, I have to admit that this is a band - and probably a concept - that is running on empty.

My first reaction was to force myself into a state of ardour and enthusiasm. Surely Constructive Summer and Sequestered in Memphis were fine, jagged lumps of paving stones ripped from E Street? But, like The Boss's own disastrous pile of viciously mastered crap, Magic (if only Bruce had just ONCE had a decent producer, he could have made A REALLY GREAT RECORD)Stay Positive is, first and foremost, badly made.

Bruce, as you might expect from such an obsessive-compulsive moralist, has never released a record with bad playing on it. The Hold Steady, though, are a pub band with hard-touring habits, and so this not just badly made, but badly played. Full of bluster that doesn't pass muster, the sax squeaks, the piano sounds plinky and clinky, and, biggest problem of all, Craig Finn cannot sing. Somehow it's never mattered on the previous releases (try The Swish on YouTube). But here it does. He is a vocalist without tunefulness.
Then there is the little difficulty with the songs. For a literate middle-aged man to write so one-dimensionally about teenagers and their partying habits is not, after all these records, just boring, it's getting downright creepy. Will Alex Turner from the Arctic Monkeys be writing about his alcopop-swigging youth when he's 40? I doubt it. And the obfuscatory wallowing in references to movies (notably those of John Cassavetes), Minneapolis and past Hold Steady records is just intellectual camouflage. There's something heartless here.
I wonder about Craig Finn's agenda. This is a band that plays high school assemblies. Something he was none too keen to talk about when we met for an interview last year. The 'stay positive' message (despite the counterpoint chorus of 'get hammered' in Constructive Summer) has a rockin' vicar rankle about it. There's a preachiness disguised as 'down with the kids' rock'n'roll lifestylism. I fear a missionary motivation is lurking beneath the onstage boozing and the continual religious metaphors.

There's something pantomimic about the band's Skynyrdisms. I don't think they mean it. Man. A toast to Saint Joe Strummer indeed! Only an idiot could write that line without irony. Or a careful constructor of second-guessed crowd-pleasing hackwork.
Enough. It's been my album of the week, basically so that some kind of dialogue about it could be carried on with listeners (equal parts dislike and enthusiasm)and I'll see them play this Saturday at T. But I think The Hold Steady have lost their grip. Compared to James McMurtry's magnificent new CD and Elbow's astonishing Seldom Seen Kid, it's minor league.

UNLIKE THE CHEFS AT MOTHER INDIA! (ridiculous link I know). Just back from a stunning meal at the new Mother India's Cellar, which featured a gulab jamin so divine I almost wept with delight. Though Magnus was right - it is basically syrup sponge. And what could possibly be wrong with that? The dosa was magnificent, the green chili fish pakora unbelievable. The Mother India expansion via the Wee Curry Shop (try the one in Byres Road) and now a deli in Bearsden continues to astonish and delight.
Posted by Tom Morton at 9:49 pm

Cheers for the review. I'll wait to hear the album now before deciding whether or not to buy it. That post took me back to the days of Sounds! Whatever happened to Sounds? Didn't it spawn Kerrang and then got devoured by its own offspring?

I have to say, Tom, that I never quite got your fervourous enthusiasm for all things Steady. Sorry your passion has been spiked so thouroughly though!

And you're right about Elbow - I've been listening to that record for months and it still sounds fresh and stunning every time. Can't wait to see them again at Connect.

You've no idea how jealous I am of your curry...damn Norn Iron and it's lack of Indians!