Neil (nephew on Susan's side) and Liz, were married in the fantastic St Peter's Priory Church in Dunstable, scene of Thomas Cranmer's cowboy court back in the day to railroad through Henry VIII's first divorce. The divorce papers for Catherine of Aragon were apparently nailed to the door, just like Luther's Wittenberg pronouncements. This is where the Church of England took its first formal step towards independence.
Anyway, it's all been knocked about a bit since, notably in the disestablishment of the monasteries and before and during the Civil War, but it's still staggeringly impressive. It's like a giant stone machine for worship.
And despite its antecedents, a wonderful spot for a lovely wedding. Martha and I played Debbie Scott's Eileen's Waltz while the register was being signed, and a couple more rousing Shetland tunes at the reception, which was at Whipsnade Zoo. Hence the train, 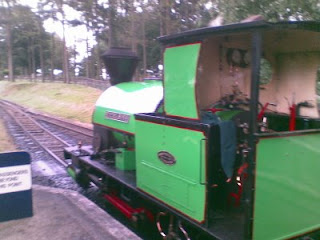 which took all the guests on a trip around the animal enclosures. Steaming! Food was great, the band excellent, atmosphere splendid and a good time was had by all. Such a good time, indeed, that Neil and Liz didn't want to leave.
Luton Airport is just along the road from Dunstable, where Susan's sister, Jane (mother of Neil) lives with her husband Kim. A million thanks to them for hospitality before and during the wedding, and on our return from Spain. Where it was hot. My old pal Stewart Cunningham 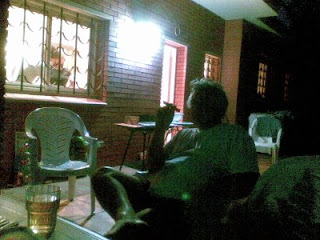 was there (he's the shadowy figure with the cigar)along with a whole bunch of other old friends, so there was much barbecuing. It was funny being on the Costa Brava - scene of so many childhood holidays in San Feliu, just along the coast from where we were. It's phenomenally busy these days. My favoutite bits were breakfast on the balcony and the evenings, when it got a bit cooler. Apart from that, I tend to wrap up in hot sun. One malignant melanoma is enough. 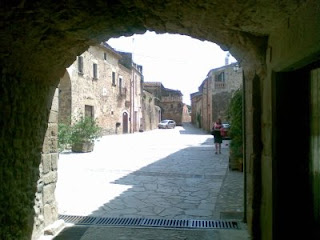 in the archway in the lovely preserved village down from the castle. I couldn't help but be amused by local products Horniman's Tea, which is truly horrible, and Don Limpio floor cleaner. 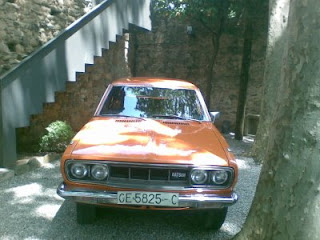 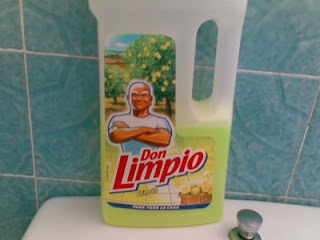 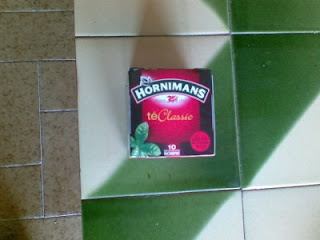