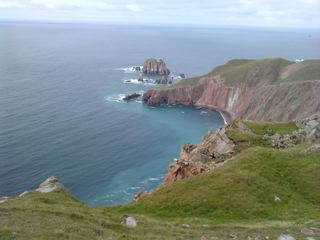 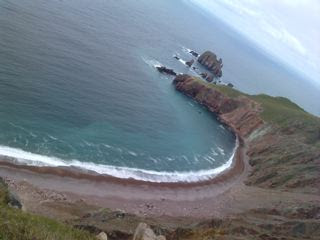 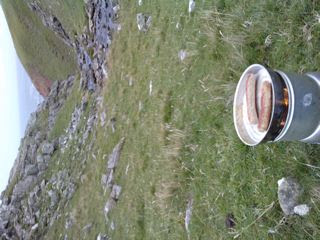 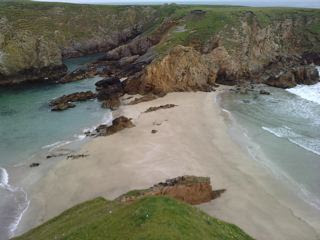 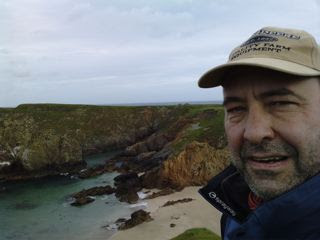 A trip I've been dreaming of and sort of planning for years: into the most remote and, allegedly, spectacular coastal section of Shetland, camp overnight in the middle of what is a 20 miles walk over very rough and indeed dangerous ground, and nail once and for all the 'best-beach-in-Scotland' controversy.

I'll be writing this up for that excellent publication The Angry Corrie, so no conclusions and very little description. Other than to say that The Lang Ayre, Lang Clodie Wick and the sandbar/tombolo at Uyea Isle are world-class beaches, each one in its own particular way.

TAC doesn't use pictures, so here are a few snaps from the 'phone. The Quechua 2-Second pop-up tent worked remarkably well, the five mile track from Uyea to North Roe is something of a superhighway, but blisters were an issue.

The route starts at the old MOD station on top of Collafirth Hill, then over Ronas Hill, at 1500 feet Shetland's highest point, to the entrance of Ronas Voe and the beginning of the massive granite beach called The Lang Ayre. Then Lang Clodie Wick (astonishing) the Red Ayre, where I camped, and then to Uyea, the lost valley, incredibly fertile, that once supported 92 people but was cleared and now is home only to...well, sheep, geese, bonxies, seals, otters, shags and ravens.

Then there's the seemingly-endless trek out, ending for me, amid atrocious weather, in that perennial standby of drookit hikers, the red phone box. Quick call home (no coins, but the credit card thing worked fine) Collection arranged, and some shortbread in the not-too-smelly interior of what is rapidly becoming a rare sight in rural Scotland.

Did I mention that mobile phones don't work in North Roe?

One thing I will say: I think Shetland's wild places more than equal the much more feted, visited (and accessible) ones on the Scottish mainland. After Ronas Hill, I saw not a soul.
Posted by Tom Morton at 2:56 pm