John Reid - you once bought my Gibson guitar, so I know there's good in you...Come on! Let him go home...to Shetland. Or the Labour Party is history. 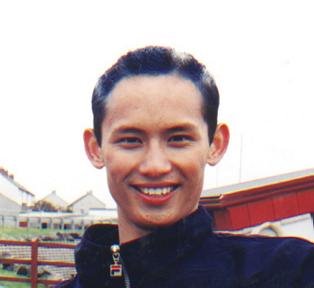 You know, there are good people in this government. There are good people, probably, working within the Home Office. There are good people in the Labour Party. I mean, I'm married to one. But the kneejerk stupidity and brutal cynicism involved in the 'dawn raid' in Shetland which saw Sakchai Makao arrested and taken to Durham Jail has all but destroyed the party of government's credibility in these islands. I know of one leading, lifetime party member who has already cut up his membership card and sent the pieces to 10 Downing Street. Another is on the verge of quitting.
A Google search for 'Sakchai Makao' will tell you all you need to know about this disgraceful situation, though it's worth looking at the Shetland Times feature here and the BBC links here.
There are various activities planned in support of Sakchai, including a concert at his former school, our local secondary, Brae High School, on Wednesday 24th June. For those of you who may be discomfited by the unavoidable fact that Sakchai has a criminal record and served a jail sentence for fire raising, please note that not only has he served his time (with remission for exemplary behaviour)that there were extenuating emotional circumstances and that he has proven to this community that he is completely rehabilitated. He is admired, respected and liked. He is valued as a human being.
I do have worries about what this all means for others facing immigration problems. Without, I hope, overreacting, I would call for direct, non-violent action to be prepared by concerned citizens to prevent any such forced deportations in future. Irrespective of political allegiance.
Posted by Tom Morton at 11:49 am

Glad to hear that "sense has prevailed" with the "powers that be" and that Sakchai Makao is back home in Shetland - with his own people - hope all goes well for him on the next leg of this totally and un-necessarily rediculous nightmare.
Pam