"A cage for every crofter": how Shetland salmon farming went multinational. 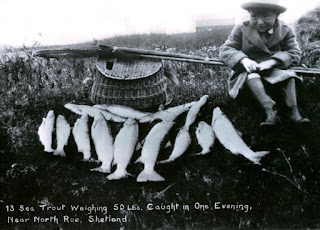 The announcement in September that Cooke Aquaculture had acquired Shetland’s last independent salmon farming operation, Balta Island Seafare, brought to an end the dream born, appropriately enough, in the late 1960s: a dream of individual crofter-aquaculturalists throughout the isles adding to their income portfolios with a cage or two down in the voe, by the kale patch and the sheep fank.

Now the ‘big three’ - Cooke, Scottish Sea Farms and Grieg - run what is Scotland’s biggest salmon producing region, with 30 per cent of the national output coming from Shetland. And while, particularly in the USA, the business of ‘back yard aquaponics’ is seeing the development of DIY fish farming, including salmon, it all seems like a bit of a hippy fantasy when you take in the scale and, it must be said, the fiscal and scientific  seriousness of the industry today.

A quick canter through the history of Shetland aquaculture - and a full, official history is being worked on under the auspices of what was the Shetland Salmon Farmers’ Association and is now Shetland Aquaculture - quickly  reveals all kinds of fascinating and a times scandalous  tales, many of them not fit for repetition here. But the oft-told story of exactly how profitable the industry was in the early 1990s, and how annual Christmas bonuses for one company’s workers included brand new Audi cars, is essentially true. It indicates an inevitable pathway of development: small farms merge, go under or sell out to local ownership, expand, profit, diversify, face slump, then crisis, then self-destruction, leaving capable, deep-pocketed, necessarily predatory multinationals to pick up the pieces. Or to be precise the sites, staff and hardware. 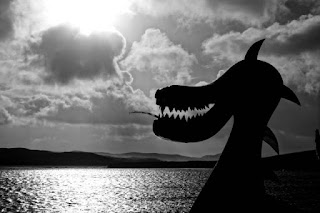 Who can forget the wild-west antics of Karol Rzepkowski and Laurent Viguié, running legendary local entrepreneur  Gibby Johnson’s Johnson Seafarms through £30m of city finance into disaster via the ‘No Catch’ cod farming debacle? Or the spectacular demise of the Shetland Seafood Group, really the beginning of the end for local fish farm ownership, despite desperate attempts by the local council via the Shetland Development Trust to save it?

Veteran councillor Drew Ratter, a former chairman of the Crofters’ Commission said:
“SSG failed because we could not hold our nerve long enough to get through the low price period. And the Norwegians could and did. And what remains has been profitable ever since.”

There were other hiccups along the way. There was  the occasionally, ah, casual distribution of financial aid by the local enterprise company, and, as Shetland Islands Council’s retired fisheries development officer Ertie Nicolson remembered, the granting of works licences for new farms without any proper enforcement of conditions.

"The whole system was tidied up – there have to be laws out there, the sea belongs to everybody, it does not belong to the salmon farmer,” he told The Shetland Times.

Of course it was The Zetland County Council Act of 1974 that gave the council that authority over coastal developments, and a level of control unthinkable elsewhere in Scotland. Originally intended to provide safe supervision of local oil-related developments and masterminded by  MP the late Jo Grimond, it stated in one section:

The Council may upon such terms and conditions as
they think fit grant to any person a licence to construct and place,
maintain, alter, renew or extend any works on, under or over
tidal waters or tidal land below the level of high water in the
coastal area notwithstanding any interference with public rights
of navigation or other public rights by such works as constructed,
placed, maintained, altered, renewed or extended.

Sites were temporary, not owned by the aquaculture firms, and controlled in the end by the council. The ZCC Act in turn informed and was to some extent usurped by the Marine Scotland (2010) Act, which many in Shetland see as part of a process of Holyrood centralisation. But under Town and Country Planning legislation, more control has slipped away with companies able to retain sites in perpetuity. The ZCC Act also served to drive forward early local developments and energise the aquaculture industry, as well ensuring, as Mr Nicolson says, that standards were, for the most part, kept high or at least under local oversight.

Oddly, the first aquacultural proposals in Shetland, more than 40 years ago, were  for mussel farming, and today of course that is a major, largely locally-owned success story with Shetland Mussels Ltd and Blueshell major suppliers across the world. Shetland Mussels is a family business, and it was Lollie Tait whose pioneering work in small-scale salmon farming led to expansion, a trial with bivalve molluscs and an eventual switch entirely away from salmon.

And so Shetland aquaculture continues, despite the issues which have dogged Grieg recently due to algal blooms, to thrive, although that long-ago vision of the crofter/fish farmer has gone. Unless there’s anyone with a very large fishtank in their house pioneering DIY hobby aquaponics  and plotting to market their system worldwide.

It wouldn’t be surprising. 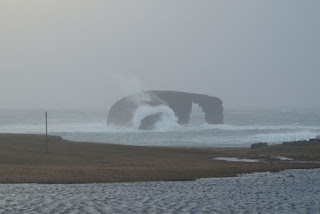