I came across the word 'sjusamillabakka' through one of Robert MacFarlane's regular posts about language. It means the area of the foreshore between low and high tide, and he referred to it, intriguingly, as 'Shetland, archaic'. The everyday  Shetland word for the area between high and low tides is 'ebb', with the lovely term 'shoormal' (the name of both several houses and a well-known local band) being applied to where the tide reaches at its highest point.

No-one uses 'sjusamillabakka' today and few ever did. Those who did were fishermen, and it was one of the taboo words used at sea to avoid saying anything which could bring bad luck.

Anyway we live, arguably, in the ebb, in the sjusamillabakka. In the 1970s, at the freakiest of high tides, with a big swell and an easterly wind, out house flooded to a depth of almost a metre in the kitchen. Shoormal reached the top of the Rayburn.

Ours is a very old house, most of it being 18th Century. It's built on a spit of shingle, literally on the beach, Today, massive rock armouring protects us from another flood, along with a series of walls insisted upon by our insurance company. But the vulnerability, the sense of living on the edge of the land, remains. Always, we watch the weather. We listen for the sea.

I thought it might be an idea to document this borderline between water and island, seeing as I live right on it. Oddly, several years ago, I began making mixed media artwork and paintings under the name 'Ebb'. Some are for sale over on Etsy and more will be soon. I've recently started making more of these, and taking photographs (old Pentax K5, Samsung GX20 and an assortment of lenses, if anyone cares).

Which brings me to this morning, at 5.30am. The three pictures in this post were taken then. 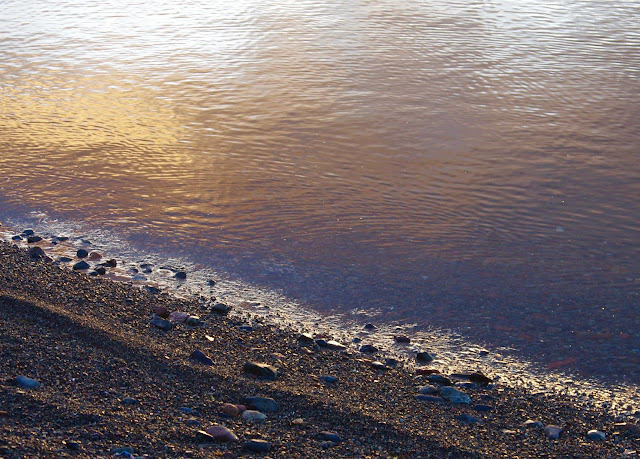 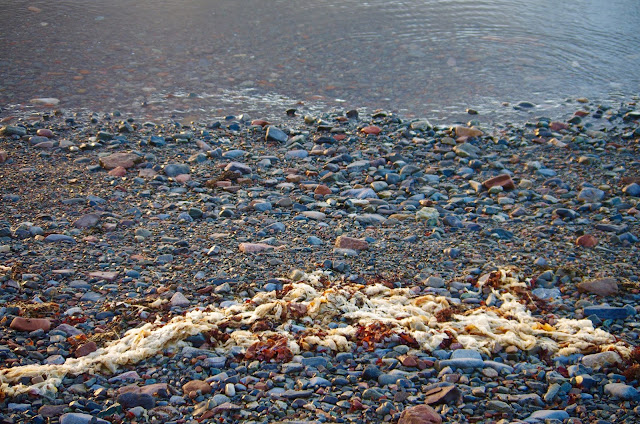