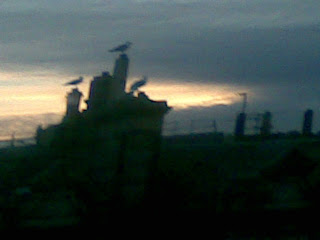 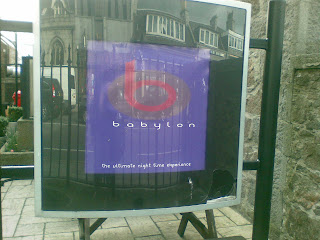 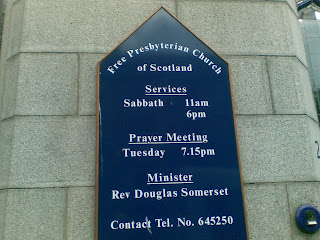 "No-one loves a seagull". So said Doug Johnstone the other day on the Radio Cafe, describing a scene in his latest, excellent book, The Ossians. The scene in question is set on the North Pier of Aberdeen. Here are three that escaped.
The other two pictures show two churches, immediately opposite one another. One, like many disused kirks in Aberdeen, has been converted into a club and bar called, well Babylon. The other houses a Free Presbyterian congregation. It seems rather...Aberdonian.
Posted by Tom Morton at 9:12 pm