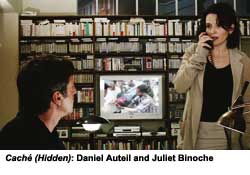 It's a pedometer thing. The deal is, apparently, that the average sedentary person takes 5000 steps a day, and that every step above 10,000 represents A Very Good Thing, burning off calories, increasing fitness, wearing out shoe polyurethane, pavements etc. My recent attempts to stave off the wear, tear and flabbiness of age include walking around with a step-counter strapped to my trousers, and so far...I've got sore feet.
I left Glasgow at 7.30 this morning (not on foot - in the recently-acquired Forester), hitting a fast-moving flow of traffic that kept going until Perth, which I encountered just at rush-hour. The Subaru behaved impeccably throughout, despite being loaded beyond reason with shelving from IKEA, on which I conducted an opening-time raid at 10.00 am, Sunday. Only bought the shelves (45 IVAR shelves, 10 uprights....guessing measurements, which was probably stupid). And of course, the other stuff you can't leave IKEA without - six jars of herring, eight packs of coffee, batteries and two chopping boards. All for the price in Lerwick of...a chopping board.

Glasgow was great. I stayed, as has become a habit, at the Sandyford Hotel at the Kelvingrove end of Sauchiehall Street. Only £35 a night, clean, basic, good parking (though someone ripped off my radio aerial on Saturday night, hopefully not with symbolic intent) and a substantial breakfast at sensible times. Plus you don't need to check out until noon, though I've always been on my way before eight for some reason.
And great socialising with loved ones who probably wouldn't want their names mentioned here. Fabulous food at a tiny south-side Italian joint called Canasta, and I was introduced to the amazing 5PM method of getting great value at places like Boozy Rouge. Though whether the steak would have been part of the deal had they known we were eating at 5PM prices is maybe another matter...
I saw three movies, all in their own ways, extraordinary - Werner Herzog's documentary Grizzly Man, with Richard Thompson soundtrack; the disturbing and immaculately acted Hidden, and Jarhead, a Full Metal Jacket for the noughties. I keep feeling a lurch in my gut when one particular scene from Hidden (or Cache, if you prefer) pops unbidden into my head. And there are scenes from Grizzly Man still bouncing around in my brain - Herzog is amazing. See it before the fictional treatment, starring Leonardo Di Caprio as bear-obsessed Timothy Treadwell, grabs all the attention. And the animatronic bear steals the show.
Posted by Tom Morton at 12:03 pm

You were supposed to buy Gorm shelves to match the rest.......
Instead of that you went down the 'Mr Bean ' route

Glad you had a good time in Glasgow!
Unfortunate about the car aerial, but these things happen,you`ve got many fans of your show in Glasgow, so we know it wasn`t one of them!
Probably just some drunk wean!