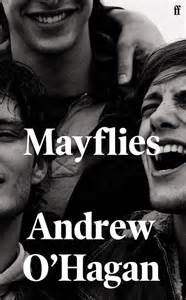 Irvine New Town, Ayrshire, 1975, and I was working that summer for  Irvine Development Corporation as a playscheme leader. There was money to splurge on the new fangled notion of “community development” as the amazing new three-storey IDC houses went up and great lumps of Old Irvine were torn down. The future was bright. The future was fork-lift trucks, explosives, pulp-into-paper and the shopping centre to end all shopping centres. There was still deep mining nearby.

I was from Troon, along the coast a few miles. They scrapped and built ships there, and played a lot of golf. Barassie bred new housing. My dad commuted to Glasgow every day.

There were playschemes scattered throughout the New Town area that summer, from Dreghorn to Kilwinning. Children enrolled, and while their parents were at work or home, played games old and hippyishly new. With parachutes. The bairns were also entertained by a visiting cast of aged, retired circus performers who brought hoops, trampolines and banjos, and ranged from the delightful (Hampe and Lola, creaky tightrope walker and her husband, a  juggler) to the horribly unpleasant (shouty Banjo Karl, the country and western clown). It was my job to organise these performances, guide the artistes to their community centres or patch of grass, and stop the children spitting at them, if possible.

So-called “Glasgow overspill”: the motivated from the big dirty city 23 miles away followed the promise of a seaside lifestyle in new houses and work. An influx of energy and talent and weans, to the remains of an ancient town already teeming with legends and strange rituals. Lodge Number 0. The Mother of all Masons. No wonder the place ended up throbbing, for a time, with culture, with music, with artistic life. Borderline Theatre, the Magnum Centre which provided The Smiths as well as swimming pools and ice rinks. The Eglinton Folk Club. Eddi Reader, her wee brother Frank and the Trashcan Sinatras, John Niven, Andrew O’Hagan...and Keith Martin, the inspiration for the central character Tully, in O’Hagan’s  latest novel, Mayflies.

It’s an absolutely hilarious, profoundly moving, heartbreaking book about a close-knit group of friends. Andrew and his chums, those still around, are a decade younger than me. So as I read this wonderful story of a boy who burned brighter than the sun, the overwhelming power of music in memory and ambition, and friendship, I was back on the Low Green in 1975, surrounded by screaming, fighting and fulminating seven and eight year olds. Who was that child who took over Lola’s trampoline and performed daring somersaults far, far better than she ever could?

Were there Nivens and O’Hagans and Martins among that mass of boisterous boys and girls? Who knows? Maybe they were uber-cool even at that age and at home listening to rare New York Dolls imports, reading Edith Sitwell and Alexander Trocchi and thoughtfully deconstructing Findus Crispy Pancakes.

This glorious book affected me greatly. I’d be surprised if it isn’t the first novel to be shortlisted for the Booker which provides a philosophical explanation of why the pissed-in-at-a-party-pint-glass is always destined to be drunk from, copiously, later in the night.

Or was. I’m sure that sort of thing doesn’t happen with Aperol Spritzers chez O’Hagan these days.

Mayflies, by Andrew O’Hagan. Published by Faber. £14.99 in hardback. Not suitable for e-readers.