Getting it right first time, and heading for home 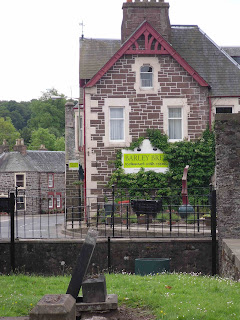 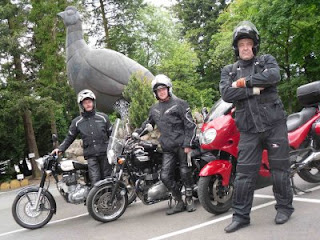 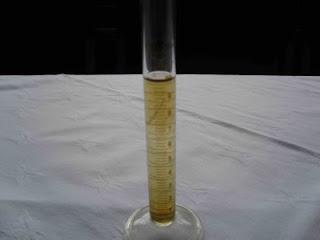 I'm in the Mcdonalds at Kirriemuir, heading north on the A90 to get the boat home tonight. And it's done! The Journey's Blend blend is complete, expertly put together by Edrington's head of all things blendiferous, John Ramsay, at the Glenturret distillery just outside Crieff. Also the site of the Famous Grouse Experience, hence the giant...bird thing.

It was absolutely brilliant watching John at work - using five whiskies collected on the trip - Highland Park, Kilchoman, Glengarioch, Bladnoch (most northerly, westerly, easterly and southerly, respectively) plus Glenturret itself, which is almost at the dead centre of Scotland. The exact proportions must remain a secret, but John, using his decades of experience, came up with a formula based on an exacting tasting of each whisky. I'll describe the process in more detail later. suffice to say that we did three variant blends, but the first was best. Brilliant, in fact.

Afterwards we repaired to the absolutely superb Barley Bree in Muthill for dinner - best of the trip, and one of the best I've ever had in Scotland). This morning, Rob Draper from Singlemalt TV carried out his final interviews (look out for two programmes on the trip soon) and we parted, Rob and his son Paul so impressed with the Barley Bree they're staying on, Ken and Rob Allanson heading for Cambridgeshire. Next year, America. Apparently.

The book, the magazine article, the TV show and much else to follow. I'm back on the radio tomorrow, all being well.
Posted by Tom Morton at 12:04 pm

congratulations. we will all be waiting to hear more
about your adventure to and safe return from.