Midsummer, launch of a sixareen, the lilac dog in the simmer dim 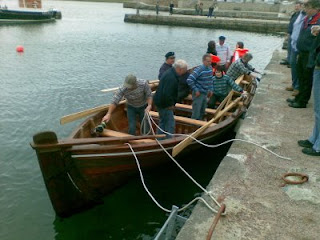 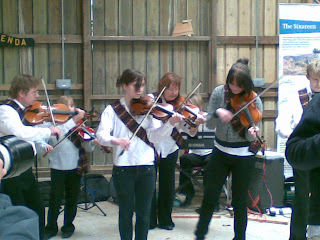 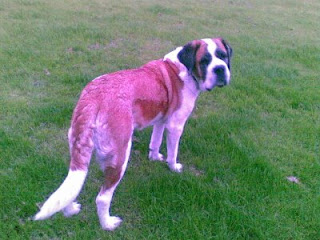 Saturday was officially midsummer, though I believe that Friday was the longest day, for abstruse astronomical reasons. And so to Lerwick (again) for the launch of the Vaila Mae, a beautiful sixareen, the traditional open Shetland fishing boat of the 19th century. It's called a sixareen because it has six oars, each rowed by a separate crew member, and these boats were the core of the so-called 'far haaf', the fishing up to 50 miles out at sea in conditions of sometimes terrible danger. They had masts, dipping lug sails and would carry a small, smouldering peat fire. There were several tragedies caused by unexpected gales, notably the Gloup disaster. Hundreds of men died in these vessels.
This boat has been built at the new Shetland museum and is the first sixareen to be constructed in Lerwick in a century. Though not the first in Shetland. Duncan Sandison built one in Unst (called the Far Haaf) in I think 1988, though it was destroyed by the great hurricane of 1992. A replacement, however, was built the following year and is in the Unst Boat Haven.
There was a big crowd at the launch, and the fiddle group New Tradition (of which my daughter Martha is a member) played. Later, Martha went off with pals to climb Ronas Hill, Shetland's highest point, for midnight on midsummer. While, at around 10.55pm, Lulu the St Bernard turned lilac for no apparent reason.
Posted by Tom Morton at 5:29 pm

and i thought i had an eventful day on saturday.
no sixareens but i did visit 6 main stages for music
in 100F temperature in Pasadena. ok, one stage, the Americana music stage was inside a museum.
and i am just about to walk to the beach for more
music as the summer sun starts sinking slowly towards fall or something poetic like that.
it is hot here in the South Bay of LA on sunday.

This article brought back memories (not that i'm that old, family history/research you understand)when they used to row from the Rhinns of Galloway, around Portpatrick way (a current haunt of bikers of a certain age... not you Tom you are to young )to Ireland... just to go to CHURCH.... twice a day!!!

I am seeing lilac dugs at the moment so I'm no to sure to my accuracy but I have been compared to William Tell.

Reading your blog in Hobart, Tasmania, where we are currently celebrating the midwinter festival and the longest night. My son and friends had to take torches with them when they went to play on the rocks by the river at 5.00pm.